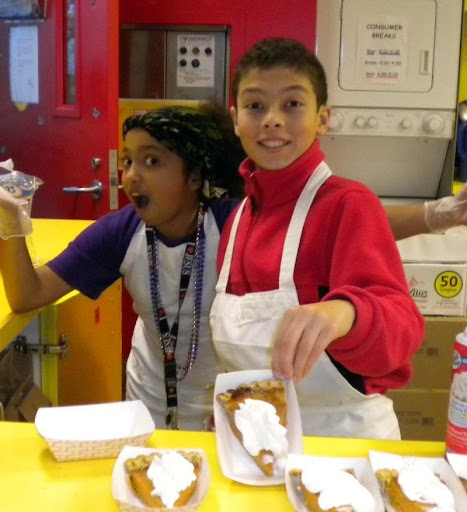 Seventh grader Hunter Eider thought big. Real big. But at the same time he knew that lofty goals must be achieved through small steps. Clearly evident when interviewed by the Renway Spectacle, “President Eider, we hear you are planning on running for a second term,” started Cara, their top (and toughest) columnist, “That’s unprecedented. You’d be the very first two-term president ’round here. Do you think that you will run for president in the real world one day?”

“Well,” Hunter cleared his throat, straightened his posture, and looked her straight in the eye as he had practiced back in Micro Academy’s Leadership 101. He was live on camera after all. For the eyes of all of Renway to see, including the 8th grade girls. “I was thinking that I’d like to be president, but of course, I would first have to serve as mayor, then governor, then senator. I’d like to dabble in some acting, archaeology, and video game design as well, before my career in politics…maybe earn my master’s degree too. Plenty of time since I can’t run for president until I’m 35 anyway.”

Cara nodded in understanding. 35 was old. He’d have plenty of time to do all that. She thought the world of Hunter. As did most of the citizens of Renway.

Last year he had prevented a government lockdown. The elementary legislators and the middle school legislators were at odds over a tax hike President Eider had proposed. The middle school citizens understood that the money would go towards town improvements but to the little ones it made no sense. They worked hard. Money earned was not easy to part with.

Hunter called a town meeting to unify his people and calm their fears. “Good Afternoon, my good citizens, “he started. “I have a pie in the sky idea. I want to make Renway a better place for all to be. More tax money will make this happen.” The kindergartners met these words with scowls. The first graders grunted. Second graders looked at the ground.

“By taking just a small percentage more this year, we will be able to allow more small businesses to fill our Marketplace. We can replace our old street signs with new ones, bring Wii into our Wellness Center, and donate to the earthquake victims in Haiti.”

Yep, he had high hopes for sure. But he also built himself stairs to reach them. Today he was a two term president in Renway and there was no doubt he could climb right into the Oval Office. One day. But he had a lot of other things to do first.