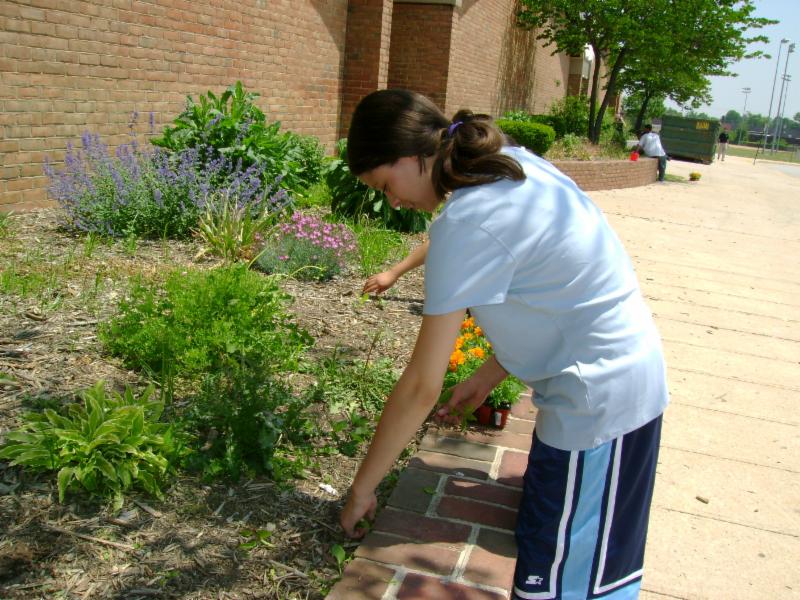 “Can you believe school’s over in two weeks?” Mikayla’s friend Mario asked.

Mikayla nodded. Of course, she knew this. Or did she? Suddenly, her eyes widened. She’d been so busy helping to plan and oversee end-of-the-year activities for Micro, she hadn’t really had a chance to stop and think about the end of the year itself!

“It’s just… uh..” she paused and thought for a moment. “Do you remember when I got elected?”

“Of course, that was awesome! I voted for you.”

“I think I remember that. I thought it was a cool idea. So what’s wrong?”

“I never did it,” Mikayla said with a frown. “I didn’t keep my promise.”

“Oh,” Mario said with a shrug. “I think that’s OK. I mean, maybe some people voted for you because of that, but I didn’t.”

“No, it’s not OK,” Mikayla said, her voice sounding more frantic. “I didn’t keep my promise,” she repeated.

“Uh, Mikki… you’re scaring me,” Mario said. “Besides, you did SO much this year, nobody’s even going to remember the garden thing. And summer is almost here. We gotta enjoy that! C’mon!”

Mikayla shook her head. She’d never felt more disappointed with herself than in that moment. It was even worse than that time she failed that spelling test. How could “vacuum” have two u’s but only one c? It still didn’t seem right.

Her thoughts turned to Mario’s statement. OK, it was true, she had gotten a lot done that year as President. Micro now had a real court with a judge and everything – but it didn’t get used much because the Peacemakers made a lot of progress encouraging people to follow the rules.

But what about those people who did vote for her because of the garden idea? Would they ever trust her again?

“I’m sorry,” Mrs. Jones said sweetly as Mikayla sat impatiently in front of her facilitator’s desk. “I just don’t see any time in our schedule to put this together before the end of the year.”

“But… I promised,” Mikayla said, feeling dejected. “And I don’t want people to think I’m a liar.”

“Why does it have to be done now?” Mrs. Jones asked.

Mikayla was puzzled. “Uh.. what do you mean? School’s about to be over, and so’s my term as President.”

Mrs. Jones smiled from ear to ear. “Well, I have some good news for you then – we don’t elect a new President until the end of the first trimester next year! Remember?”

“Wait,” Mikayla said. “Yes! Why was I thinking it was over?”

“You’ve been doing too much,” Mrs. Jones said, plopping a heavy folder in front of her. “Just stop for a second and take a look at all the different things you kids have accomplished this year!”

Together, they flipped through the notes. There was the deal she and her Vice President put together, where businesses could barter services with each other when the Micro bucks were tight. There was a very successful Micro night – that one even had a picture in the local paper! And there were ventures that succeeded and others that failed, kids who learned new skills, others who got in trouble – but all in all, it was a very good year.

Mikayla felt better, knowing not only that she’d gotten things done, but that her time wasn’t up just yet. The new school year was still months away, but she already had a plan…

Mario walked off the bus on the first day of school feeling a rush of confidence now that he was finally a fifth grader. He was scanning the front of the building for his friend Mikayla when he saw a huge group of students crowded around a spot near the playground.

“What’s going on?” he asked another kid.

“Someone planted an entire garden over the summer! Check it out!”

Mario thought back to his conversation with Mikayla at the end of the school year. No way, he thought. Did she do this? But how?

He spotted Mikayla, watching from a short distance.

“Hey!” he said, waving his arms wildly. “Did you see this, Miss President?”

Mikayla laughed. “Yeah, I saw it.”

“It’s an herb, and it’s delicious!” Mrs. Jones appeared. She motioned for Mikayla to come over.

“Kids, I know she doesn’t want to make a big deal out of this, but let’s thank your president Mikayla for taking time out of her summer to plant this garden with her mom. It was a promise she made to you when she first campaigned, and she really wanted to follow it through. She even left an empty garden bed for us to plant more goodies!”

They all clapped and cheered. Mikayla finally felt a huge weight lifted off her shoulders.

Mario turned to her, “OK… now what about that promise you made to get rid of homework?”