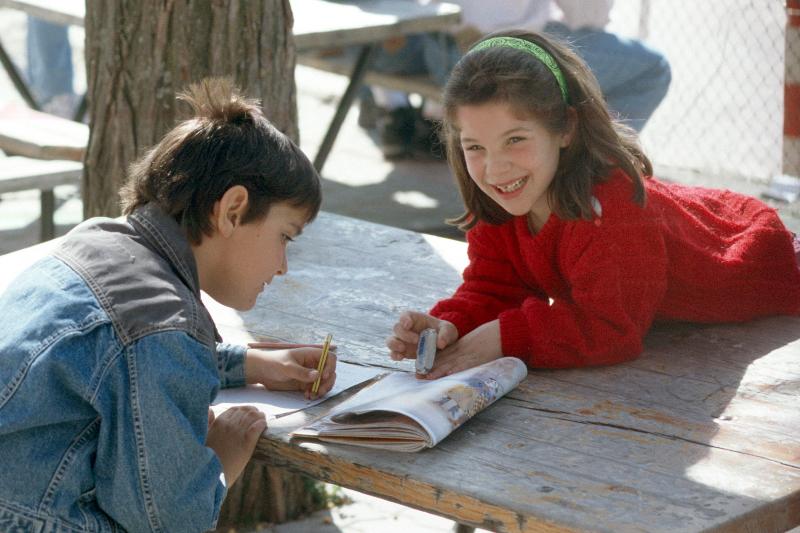 It all started when a presidential debate sparked in the classroom at one MicroSociety school. One outspoken student citizen stood up and asked, “What do y’all think about building a sandbox on the playground?” “Yeah!” the others cheered. And therein lie the beginnings of what would forever become known as Operation Sandbox.

Lauren and Sean, 4th and 5th graders, made Operation Sandbox their campaign platform and were elected president and vice president by a landslide. They created an action plan. But how could a bunch of little kids get the adults to listen to them? After all, what was the big deal about a sandbox anyway?

Their first mission? Create a task force. Lauren and Sean figured they had to build a coalition to convince ‘upper management’ that a sandbox wasn’t just about digging holes in the sand and dragging sandy shoes into the school building.

Next came the needs assessment, developed over a series of business lunches. One student offered, “If we can get the sandbox, I will donate my gray and green soldiers to the school, so that we would have things to play with in the sandbox.” “I’ll bring my trucks and cars,” chimed in another, his mouth full of bologna (no pun intended). Together, they brainstormed all the reasons why Principal Lewis should make the investment.

Finally, they were ready to get buy-in.

Tuesday was the official meeting with the principal. After the kids’ PowerPoint presentation, Principal Lewis was sold. “But, we don’t have money for something like that,” he frowned. He then suggested that the kids apply for a $2,000 grant from the Benedum Foundation, a local funder of community projects. He explained to the kids, “A grant is when really nice people who have the money can donate it for a good cause.” Made sense.

Still, there was one last hurdle. In the grant proposal, the kids had to show how a sandbox would help kids with special needs. One mother of a special needs child volunteered to help the task force research sandplay therapy. They found that, for thousands of years, cultures have used sandplay for healing and imagining rituals to draw out creativity in nonverbal people.

The result? They got the grant!! By the spring, the children will be finished building the sandbox. And the first sand box project? The first annual sand castle building contest, sponsored by the Benedum Foundation.