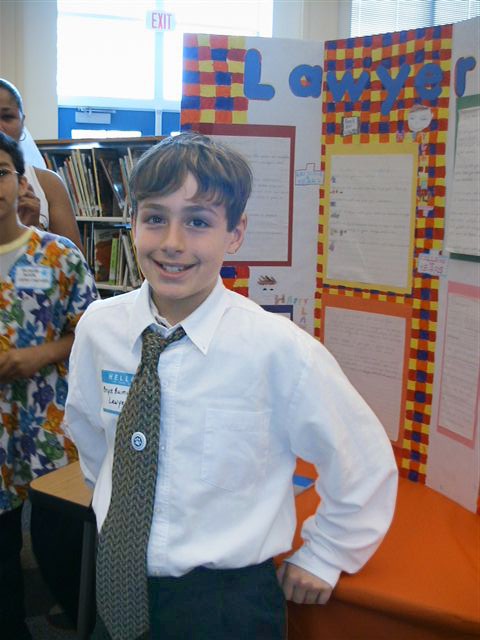 Darrell wiped his sweaty palms on his pants and reached inside his pocket for his crumbled closing argument. He was on trial for theft by deception.

Rewind. Just over a week ago, he wrote his first bad check. “They’ll never know the difference,” his friend Ramon bragged, “I do it all the time.” Reluctantly, Darrell bought the nifty silver duct tape wallet. “Wow, that was easy,” he thought.

All was well until the MicroSociety bank manager called CrimeStoppers to investigate. Next thing he knew, charges were being filed.

Facing the jury of his 6th grade peers, Darrell finished his closing argument. “In short, I ask you to consider that I am a first time offender and deserve a lesser punishment.”

After a ten minute deliberation, they unanimously showed Darrell no mercy.

Ramon was tried the next day and received the same punishment. To make matters worse, the editorials at Hot Shot News were split on the issue.

“It’s just not fair,” Darrell appealed during his 5th period social studies class. They were studying Martin Luther King, Jr. and the Civil Rights movement. “So what can you do if you don’t think the law is fair?” asked his teacher. “Oh yeah,” Darrell grinned. With some members of Mrs. Pierce’s class, Darrell staged a protest. By Friday, they submitted a bill to the legislature to provide leniency for first-time offenders. It passed!