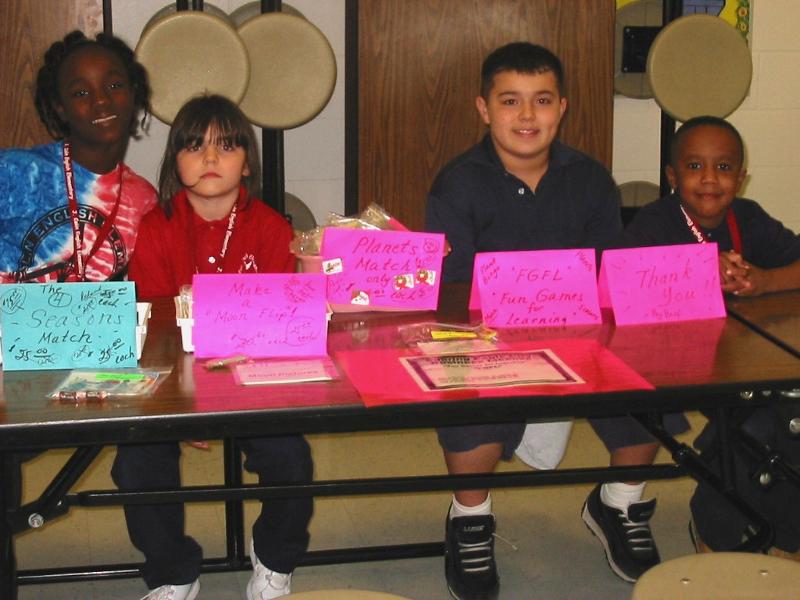 “I want to return these flashcards. I lost the receipt, but I want my money back!” a frustrated fourth grader pleaded with the clerk at Strattonville Math Games. “I’m sorry – but we have a policy, so I can’t give you your money back without a receipt. You can trade in those cards for something else, though. We have all kinds of games and puzzles and–” “I just want my money back for these cards. They make no sense!”

Kaitlyn was busy talking with several other managers when she overheard the commotion at her store. “What’s going on over here?” she asked her employee, R.J. “He’s upset about these cards, and he wants his money back.”

“I’m so sorry,” Kaitlyn patted the fourth grader on the shoulder. “How can I help?” she asked in a calming voice.

“Well, I bought these because they were supposed to help me study for my division and fractions test. But the questions don’t make sense – and some of the answers on the back are wrong!”

Kaitlyn’s face turned bright red as she glanced over some of the cards. “R.J., please give him his money back. He’s right, these don’t make any sense.”

She turned to the fourth grader, holding up the cards. “I’m so sorry about these. I promise this will never happen again.”

The next day, Kaitlyn called a meeting to discuss the incident with her employees. She’d been so busy networking with other managers and negotiating a loan from the Strattonville Bank that she’d briefly lost touch with what was going on in the business.

“Nobody is in trouble,” she said reassuringly. “I just need to know who made these flashcards.”

Several small hands shot up, and she immediately understood why the fractions flashcards had been written incorrectly – after all, it’s not exactly standard curriculum for the first grade!

Her bookkeeper and assistant, Brandi, suggested that they split the employees into smaller groups to find out more about their skills and strengths.

They approached the first graders to ask how they liked making the flashcards, games and puzzles.

“It’s OK,” Addison shrugged. “But I really want to draw the signs,” she pointed to one of the business flyers hanging up in the classroom.

“I like helping R.J. count the money,” Jalen said as Brandi and Kaitlyn took notes.

“Jeremy, Kaila, what have you both been working on recently?”

“I’ve been working on some marketing posters,” was Jeremy’s answer, “And I’ve been helping R.J. with sales” Kaila added.

Kaitlyn was shocked, no wonder their company wasn’t doing well, their mathematicians were marketing, and their 1st grade employees were left to do all the computations “Well, we need you both back on product development!”

Two weeks later, the Strattonville Math Games booth was buzzing with activity. After meeting with all the employees, Kaitlyn decided to re-structure the company, moving students to new positions based on their specific strengths — and it was already working! Jeremy and Kaila were computing away, and brainstorming to conceive their latest game. Addison worked on the design of cute company posters, and Jalen helped R.J. over at the sales table. Productivity steadily increased, product quality skyrocketed, and sales were starting to boom as word got around the school.

The frustrated fourth grader whose complaints had fueled the changes returned to check out the company’s new offerings.

Kaitlyn spotted him. “Pick anything – it’s on the house!”

“I really like this one,” he said, flipping through a colorfully illustrated booklet of various math-related puzzles and games. “But I’d prefer to pay for it. After all, you guys worked hard to make all of these changes. I’m impressed!”

As R.J. wrote up his receipt, Kaitlyn glanced around the room, smiling at the sight of her employees happily working on various tasks they actually enjoyed. “Now this is how a business is supposed to work.”