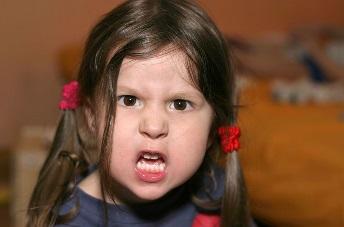 “You’re our new boss? The kid who’s always in trouble?”

Darryl stood in front of the room, his confidence fading as he surveyed the confused and seemingly annoyed faces in front of him.

He was addressing the Soar High Magazine staff for the first time since he’d been hired as the manager – a job which had been offered to him as an alternative to serving a suspension for talking back to his teacher on the bus. But at this very moment, he almost wished he’d been suspended instead.

“I don’t understand. You’re really in charge of us? How is that possible?” one girl asked, folding her arms in protest. Several other students laughed.

“I really am in charge, yes.” He nodded, trying his best to shake off the notion that he didn’t belong there.

“OK, whatever,” she said, turning back to her desk to talk to her friends. “It’s not like you’ll be here long anyway.”

Feeling dejected, Darryl trudged over to the table where Mrs. Brennan was reviewing the magazine’s monthly budget.

“What is happening here?” he asked, trying to get some sympathy from the teacher.

“I’m not going to lie to you, Darryl,” she started. “Things have been a bit crazy since the last manager had to transfer schools. And these kids are really talented, but they’re upset he had to leave. They respected him a lot. And since then, nobody has lasted more than a week as the manager.”

“Sounds like big shoes to fill,” he said as he adjusted the cuffs of his button-down shirt. He was trying to sound grown up. But it was difficult — and all he could think about was how uncomfortable dress clothes were!

“Exactly right,” she replied. “I picked you because I think you’re creative and have the strong personality needed for this job. But for you to be a great leader, they need to respect you.”

Darryl let her words sink in for a minute, then suddenly  cringed as he reached an epiphany.

With a heavy sigh, he slunk into the seat next to her. “All this time I just wanted to be in charge…”

he mumbled. “But I never respected anyone who was. I don’t even know where to start.”

“I think we can change that,” Mrs. Brennan said confidently. “That is – if you’re willing to work hard at it.”

Darryl straightened up and nodded emphatically. “I think I’m ready.”

She reached for a book from the shelf next to her and plopped it on the table in front of him.

“Being a Great Boss,” he read the cover. “Well that sounds pretty good… but… it’s so long.”

“This we can take our time on,” she tapped the book. “But that?” she motioned to the other side of the room where the staff was goofing off. “That needs to change – and fast. We only have two days left before the next issue is scheduled to go out! There’s a lot of work to be done.”

“OK,” Darryl, suddenly feeling a surge of energy. “First, we should probably make a to-do list.”

After the list was made, Darryl had the idea to call the employees over to the table, one by one.

“I know we’re on a deadline, but I wanted to take a few minutes to get to know you,” he said to each employee, before asking about their role at the magazine, their favorite subjects, foods, their families and other personal questions. Mrs. Brennan suggested he take notes, so he furiously scribbled a few key points about each employee.

“That went well,” he smiled at his teacher. “I think they hate me less now.”

“That’s good news,” she said with a laugh. “Now… what do you say we tackle this list?”

Armed with his new authority and the respect of at least some of his employees, Darryl began delegating the tasks on the to-do list. Everyone was broken into groups to edit articles, work on cover and page layouts and help write the magazine’s monthly survey.

“You didn’t assign anyone to make the ads,” one fourth-grade girl pointed out.

“That’s everyone’s least favorite task,” Darryl said, referencing his notes from the meetings he’d conducted with the employees. “So I assigned it to myself.”

“Wow, okay.” She was surprised, but grateful. “Thanks for doing that. I usually get stuck with it.”

The room was buzzing with activity as everyone worked diligently on their tasks. Darryl was sitting at his computer working on the ads when a fifth-grade boy tapped him on the shoulder.

“You don’t have to call me that. You can just call me Darryl.”

Darryl thought for a moment before answering back, “I guess I really am now!”