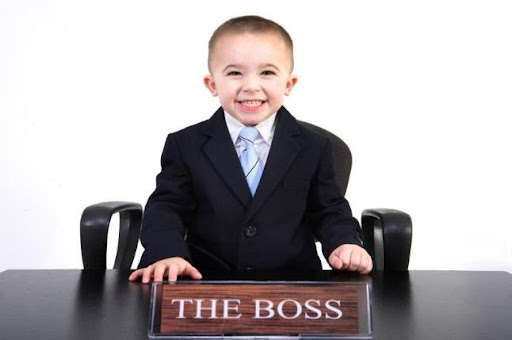 Darryl shifted his weight in his chair and looked around at the other students waiting outside the principal’s office.

He smiled at a girl who was crying softly. “It’ll be fine, I’m here all the time.”

But inside, he was more nervous than usual. Was he going to be suspended again?

The door opened, and Darryl shot out of his seat.

She closed the door behind him and glanced down at the sheet in front of her. “I hear you’ve been having some problems on the bus?”

“I’m sure you have a very good reason for why you… “she paused as she looked down at the sheet again, “why you told Mr. Williams to leave you alone and stop telling you what to do.”

She sighed and tucked the paper back into the folder labeled with Darryl’s name.

“Darryl,” she started. “We’ve been through this four times this year already. You’ve been suspended twice already. I don’t want to see you expelled from school.”

Neither do I, Darryl thought.

“We’re all here to teach you things that will be important when you’re an adult. Right now, we’re telling you what to do because our teachers taught us what to do.”

“Hmm,” Darryl thought aloud. “Does that mean when you’re done teaching me, I’ll be telling people what to do?”

“You could be,” Mrs. Steiner said. “If you learn a lot, you can take that with you as you grow up. And someday you could start a real business.”

“Run my own business? I could have a million employees…” his eyes lit up.

Mrs. Steiner took note. “Speaking of that… I’ve been talking to Mrs. Brennan. The Soar High Magazine is in desperate need of a manager and I recommended you.”

“Me?” Darryl was confused. “But… I’m always in trouble. And Soar High Magazine? That’s like one of the oldest businesses in all of Micro!”

“Exactly. But right now, things are a bit chaotic at the magazine. They need someone smart, who’s not afraid to be the boss.”

Darryl didn’t know what to think. He was sure he was about to be suspended again, but now he was being offered a job instead. And not just any job. He was going to be a real boss! He straightened up and cleared his throat.

“But we can’t have any troubles like we had on the bus,” Mrs. Steiner said sternly. “And I think you’ll find that being a boss and being in charge means a lot more than telling people what to do.”

As he emerged from the principal’s office, he was beaming from ear to ear. His friend Brian stopped him in the hallway.

“So… how long are you suspended for?”

“No time to talk,” Darryl said as he rushed past. “I have work to do!”

The next day, the whole class was abuzz when they saw him show up to school in a button-down shirt, carrying a clipboard.

“There’s a rumor going around that you’re going to run Soar High Magazine,” Maddie said, laughing. “But that can’t possibly be true.”

“Okay,” Maddie said, not convinced. “Whatever you say.”

Darryl shook it off, trying not to be discouraged. But as he walked into the Soar High office for the first time that afternoon, he wasn’t quite prepared for what he saw.

A group of third graders was gathered around a computer, laughing loudly at pictures of puppies.

Elsewhere in the room, a fifth grade boy was launching pencils into the ceiling to see if they would stick.

“What’s going on here?” he whispered to a fourth grade girl he recognized from his class last year.

“We’re just having some fun,” she said with a shrug.

“Shouldn’t you be working on the magazine?”

She laughed. “It’s not due until Friday. We still have two whole days!”

“To do everything?” Darryl gulped. What had he gotten himself into?

“Well, I’m the boss,” he muttered under his breath. “Time to take charge.”

He cleared his throat.

“Hi guys!” he said in his loudest voice, as he clutched his clipboard tighter. “I’m your new boss.”

Everyone stopped what they were doing. Several employees laughed. “You’re our new boss? The kid who’s always in trouble?”