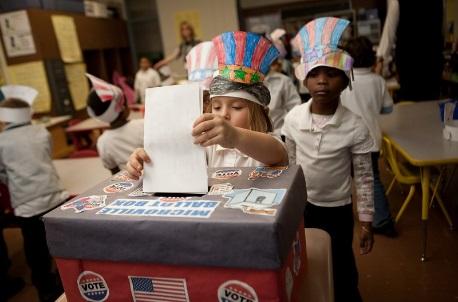 Taylor spiked his pencil to the ground out of frustration.

“A bookkeeper,” his exasperated teacher Ms. Morris repeated. “It’s not as bad as it sounds, Taylor. What did you say you were going to do?”

“Take deep breaths instead of throwing things,” the fifth grader reluctantly picked up the pieces of his now-broken pencil.

“Try new things,” he said with a shrug, instantly feeling calmer. “I don’t even know what a bookkeeper does. But I’ll try it, I guess.”

Taylor didn’t have a lot of patience, but luckily he found bookkeeping to be an easy task. In fact, it was a lot easier than he thought it was going to be. When all the numbers added up, he felt good.

Unfortunately, the numbers didn’t always add up perfectly. His manager, CeCe, was forced to suspend him without pay in his second week on the job when he ripped several invoices into tiny pieces.

“But I don’t want to miss work,” he told CeCe after she doled out the punishment. “Please, can I come in tomorrow?”

“Don’t rip up the invoices and I won’t suspend you,” she explained matter-of-factly.

“What happens when the numbers don’t add up!?” he said, almost in a panic.

“Taylor,” she said in a calming voice. “It’s okay if they don’t add up. You can call me or Carlos over and we’ll go over them with you until we figure it out.”

“Oh…” Taylor said, taking a few deep breaths. “I guess I’ll do that next time then…” his voice trailed off as he walked away.

“Taylor?” CeCe called after him.

“I’m pretty impressed that you care that much. Most of the other employees don’t. Just… don’t rip stuff up, okay?”

After a few months of bookkeeping, he wondered what else he could be good at. Just as the thought crossed his mind, he noticed his Ms. Morris stapling a notice to the bulletin board in the hallway.

“You said I should try new things,” he smiled.

Ms. Morris was surprised. “You’re right! Thank you for listening. I’ve heard good things about your bookkeeping. You seem determined, so I know you’ll do well.”

Taylor rushed to Mr. Cooper’s room and was the first person to put his name on the list for to run for Parliamentary representative.

“If I’m going to be a politician,” he said to himself in the mirror that night, “I need to be likeable.”

He smoothed over his hair and offered his outstretched hand to an imaginary constituent. “I’m Taylor, nice to meet you.”

After practicing handshakes and pleasantries for an hour, he sat down to write — and re-write — a speech. In fact, he followed the same routine every night for an entire week. By the next Monday, his room was overflowing with crumpled papers, but he was ready.

As he stood in front of the student body, he cleared his throat, adjusted his clip-on tie and retrieved a few index cards from his coat pocket. Suddenly, he began ripping them to pieces. Sitting in the front row, CeCe grimaced.

“Sorry to my manager, CeCe. I know I said I wasn’t going to rip anything up anymore,” he said. Several of his co-workers snickered.

“But I had this perfect speech prepared and… well… I’m not perfect. And I know everybody here knows that,” he paused for a moment. “But I’m getting better every day. And I want to work hard to make things better here for everyone. For all of you.”

He continued on, calling out several ideas he had for improving things around here. Satisfied with his speech, Taylor made his way to  the voting booth, stopping to shake hands along the way.

“You’re not going to rip this up, too, are you?” CeCe joked as she held up her ballot.

“Depends,” Taylor said with a smile. “Who are you voting for?”

CeCe rolled her eyes and laughed as she checked the box next to Taylor’s name. “Boy are we going to miss you when you win this Parliament seat.”