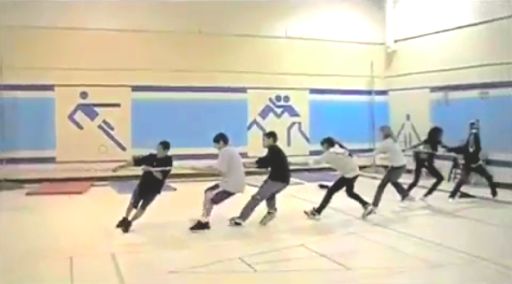 Kira could barely contain her excitement as the final school bell rang on Monday afternoon. It was time for the after-school MicroSociety program, and things were about to get very interesting.

After last week’s campaigning, she and Matthew had managed to recruit enough Mongoose party members to make a stir. In fact, it was more than a stir. They had successfully challenged the Cobra party’s sudden seizure of Grant MicroSociety’s government; now there would be a week long after-school tournament to decide who would rule.

“Are you ready?” Matthew asked Kira as they approached the room where their party members were gathered.

When she walked in, she was almost overwhelmed. A buzzing room packed full of sixth, seventh and eighth graders began to cheer as they entered.

Meanwhile, across the middle school campus, Lucas and Rene were rallying the kids of the Cobra party.

“The Cobra party is not going down without a fight!” Rene said. The once-shy eighth-grader-turned-emperor was ready to lead his party to victory.

“We need to join together this week and WIN once and for all.”

“I heard the tournament involves a spelling bee,” one sixth grader said. “We would definitely win that.”

“Someone said we have to take a quiz.”

“No, it’s going to be a big tug-of-war tournament.”

“Actually, you’re all correct,” Mr. Watts interrupted as he walked in the door. “Since you decided against holding elections, we’re going to engage in a battle of wits to test your skills and teamwork. There will be quizzes in English, geography and math, plus trivia, a scavenger hunt, egg drop project, relay races and a spelling bee – each will be worth a certain number of points and the overall winner will gain control of the government. Oh, and there will be a game of tug of war, but that one’s just for fun.”

When Mr. Watts shared the same news with the Mongoose party, they were surprised, but not shaken.

“Well, there’s no time to prepare,” Kira said. “So we’ll just have to stick together and do the best we can!”

The competitions were heated, just as Kira had suspected they would be. During the trivia game, an argument broke out about the difference between a metaphor and a simile.

“So silly,” Kira mumbled under her breath as she walked over to help break up the fight.

Her rival overheard. “I agree,” Rene said. “Why are we fighting about this?”

By Thursday afternoon, the Cobra and Mongoose parties had battled through six intense rounds of trivia, a spelling bee, an online scavenger hunt and a team relay race.

Still, the scores were nearly tied and tensions were higher than ever.

On the final day of competition, everyone had an opinion about the future of Grant Middle School’s Micro government.

“Whichever party wins, should not have more power than the people,” one Mongoose member said.

“I think the Mongoose and the Cobras should join together and make a special government without everybody hating each other,” a sixth grade Cobra suggested.

When the time came to tally up the scores, Kira, Matthew, Rene and Lucas gathered around Mr. Watts’ clipboard.

“The Cobras have 32,” Mr. Watts said. Rene and Lucas shared a high five.

“And the Mongoose 33. Congratulations to the new rulers of our after-school MicroSociety government,” he turned to Kira and Matthew, who couldn’t believe their ears.

“I had no idea this week was going to be like this,” Kira said, offering a handshake to both Rene and Lucas. “But I learned a lot. And look at these scores — we’re all pretty evenly matched,” she said with a smile.

News quickly spread throughout the program. And although a winner had been decided as planned, the unrest remained – and the school was still divided.

One day after school several weeks later, Kira and Matthew met with Lucas and Rene in the same room where the Mongoose party had been born.

“How would you feel about getting rid of the Mongoose and Cobra parties and creating a unified government?” Matthew asked. “Of course, there’d be a vote first.”

Rene and Lucas looked at each other. “Hmm.”

“Well, I think as long as the whole school gets to vote and decide, that’s a great idea,” Lucas said.

“I’m tired of everyone arguing,” Rene spoke up. “I think if everyone on both sides felt like they had a voice, things would be better.”

“So – maybe we can start the elections in two weeks?”

Everyone nodded. It was decided. And with a few handshakes among seventh and eighth graders, a compromise was reached and the political turmoil at the Grant Middle MicroSociety After School program was over.