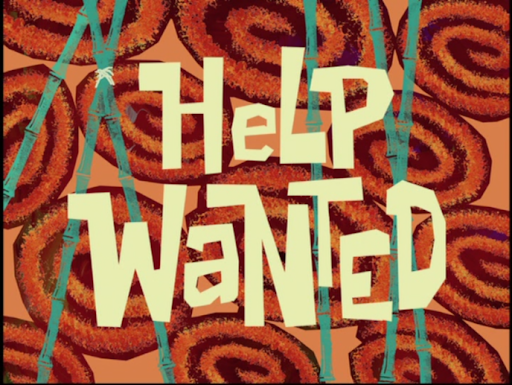 “… and Kara just found out she’s switching schools so we really need to fill the Head Cashier position fast. Is anyone interested in applying?”

David was only half-listening as he sat in a meeting with his co-workers. There was no way he was going to volunteer for the task his new manager – a fifth grade girl whose name he could never remember – was talking about. In fact, he was still mad that he’d ended up at the General Store in the first place.

Earlier in the year when his teachers hosted the Micro job fair, most of his friends applied to work at the café or movie theater, while he hoped he could skate by undetected, without applying for any jobs at all.

“Everyone has a job to do, David,” his teacher Mr. Jacobs had told him. “What interests you?”

He sighed and answered quietly, “Fine. I pick the movie theater.”

“Well,” Mr. Jacobs looked down at his clipboard. “It looks like they’re not hiring anymore. The only openings left are with The General Store and Jayden’s Jewelry.”

“I think you’ll do well there,” Mr. Jacobs smiled as David shrugged.

In the four months since that day, he did his best to not stand out amongst his co-workers and classmates, often showing up to work several minutes late and spending the day stocking, unstocking and restocking the same shelves.

David thought he was doing a pretty good job of flying under the radar – that is, until Marcee took notice. After the meeting, he was surprised to see her standing over his desk.

For a second, he smiled proudly. She wasn’t even sure what his name was – his plan had been working!

“Sorry I haven’t introduced myself yet. I just took over as manager here at the General Store. I used to be an assistant manager at the café. How do you like it here?”

Marcee laughed. “Well that’s helpful! But seriously, I want to make this place fun – not just for customers, but for employees. Will you help me? You seem bored by this place, too.”

David shifted nervously. Why was she singling him out? Couldn’t she tell he just wanted to blend in and not be bothered?

“Great! Start thinking about that tonight. We can discuss it more tomorrow.”

At home that evening, David sat at his desk. He didn’t usually do homework, but he was intrigued by Marcee’s idea to make The General Store more fun – and the fact that she’d asked his opinion.

“First things first,” he said aloud to himself. “What’s with the name? The General Store. It doesn’t sound like a fun place.”

He began writing down his thoughts… and didn’t stop for two whole hours. By the next morning, his notebook was filled with writing and his head was filled with ideas. He was actually excited to go to work, so he could tell Marcee what he’d been thinking about.

“Well, what do you think?” Marcee asked. “Is there hope for The General Store?”

David plopped his notebook on the table in front of him. “Maybe,” he said with a smile as he flipped to the pages with his notes.

“There must be hundreds of ideas here, David!” she said in disbelief.

Marcee asked her assistant manager to cancel the daily staff meeting. One by one, David and Marcee went through the ideas and talked them out.

“I agree, we should think about changing the name. Why don’t we come up with a few ideas ourselves and put it to a vote?”

David nodded in agreement and flipped to the next page. “I’m one step ahead of you.”

“These are great!” Marcee exclaimed. “I honestly had no idea you cared this much. You’re so quiet every day.”

“Well, nobody really asked until now.”

“Well, I have another question for you, then,” Marcee said.

“Will you take the Head Cashier job? We could really use your skills and your enthusiasm.”

David laughed at the word enthusiasm. He thought for a moment, then nodded.

“Why not…” he started to say. “You know, I never actually wanted to come to The General Store.

But I don’t think I mind now… especially since it’ll soon be called David’s Emporium.”

“If you get everyone to vote for that, you can have MY job!”