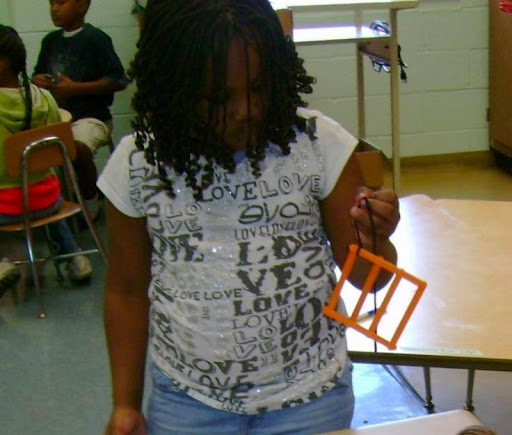 “This one is crooked. Send it back over.”

“Right here. See?” the girl pointed sternly to the corner of the frame. Ryan really wanted to roll his eyes, but he resisted. She was right, it was crooked. But you could only tell if you put your face right up to the picture frame. How many people were going to do that?

He waited patiently for the Quality Control manager to check the rest of the frames and photo albums that his co-workers at the Cool Town Photo Studio had made. Out of the 11 finished products he placed in front of her, Riley had placed six in the ‘rejection’ bin. He knew he was about to get a lecture from the fifth grader.

As the assembly supervisor, it was his job to oversee the making of both the picture frames and intricate photo albums. He knew Riley could tell he hadn’t been carefully checking his employees’ work.

“Ryan, I know you understand how important it is that we only sell the best quality products. That’s what we’re known for. Can you remind the others while you’re watching them work?”

“The quality – it’s what keeps us in business,” Riley said as Ryan was walking away with rejected frames.

He plopped the bin on the desk in front of two fourth graders.

“Let’s start with the frames,” Ryan said with a sigh.

As Ryan reached into the bin to fish out the crooked frame, he suddenly realized that he’d failed his employees.

He ran his fingers over the wood pieces as he thought back to all the comments and suggestions Riley had given him over the past month. He’d been annoyed because he thought she was just being picky, but he realized she was just doing her job.

“This is my fault,” Ryan blurted out. “I should be giving you better instructions and feedback.”

“No, I made that one,” one fourth grader said softly, pointing to the picture frame in Ryan’s hand. “I was rushing to finish it,” she admitted.

Her co-workers looked at her, surprised at the sudden honesty.

“It’s OK,” Ryan said reassuringly. “But we have to be more careful. Riley is tough, but she’s just trying to make sure we’re putting the best stuff out there, so lots of people buy it.”

“I guess that makes sense. If we sell a lot of frames and albums, maybe we’ll get raises.”

“So let’s make sure we’re using these rulers to make sure everything is straight when it gets glued together,” Ryan said, feeling a newfound energy and commitment to his supervisor position.

“And maybe we should flip through each other’s albums before we give them to Riley – since you don’t have time to check all of them,” the fourth grade girl suggested.

It didn’t take long for Riley to notice the change.

“These are all good – just a small amount of extra glue on this album page,” Riley said as Ryan grabbed the album to bring it back to the assembly line.

He spun around to face the toughest Quality Control manager in all of Cool Town.

“Everything you guys have been making this week has been really good. Whatever you’re doing, it’s working.”

Ryan was surprised, but then again – she was right.

“So,” Riley leaned in towards Ryan, almost whispering. “What are you doing over there?”

“Well, everyone really likes working here,” Ryan said confidently. “And you know how hard it is to find a good job these days.”