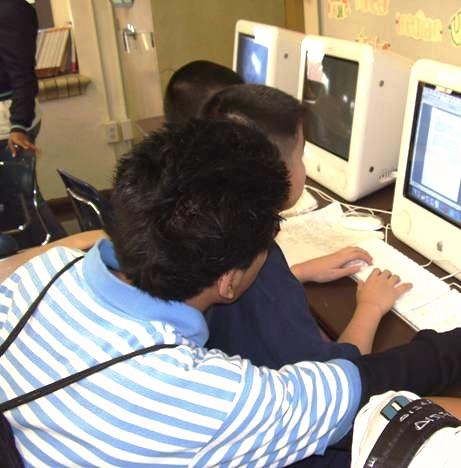 “Whatcha got there, Hunter?” Deondre asked his freckled friend as he stepped off the bus at Greentown Elementary.

“More? Yours are all over the school. You’re going to win for sure,” Deondre said as he offered up his hand for a high-five.

As a fifth grader and candidate for the position of mayor in the upcoming election, he was allowed to hang exactly 15 posters in the hallways. He’d spent a great deal of time making them and picking out the perfect spots for each, and he was excited to hang the last 3 near the water fountain by the cafeteria.

As Hunter and Deondre entered the hallway, their eyes widened. There, at the end of the hall was the first poster Hunter put up, and half of it was covered with another piece of paper.

“What is this?” Deondre asked, stepping up to the poster and reading it aloud. “Vote for Hunter if you like MORE homework.”

“Can he do that? It seems like it should be against the rules.”

Hunter wasn’t listening. He was already halfway down the hallway, standing in front of another one of his campaign signs.

“This one is covered, too! And Ryan’s poster has THIS on top of it.”

“Ryan hates first graders,” Deondre read the words under his breath. “What? That doesn’t even make sense.”

“They’re negative ads. It’s called mudslinging,” Hunter said. “We learned about it when we talked about elections in Ms. Jacobs’ class. I never thought it would happen here, though!”

He tried to shake it off as he hung the last of his posters, but he couldn’t get the negative signs out of his mind.

The next day, Hunter couldn’t believe his eyes as he walked into school. There were even MORE negative posters plastered throughout the hallways.

“This is out of control,” Hunter said out loud as he stomped his foot on the linoleum floor. “It has to stop.”

Deondre walked up behind him. “How are you going to stop it?”

Hunter spun around. “I have an idea. Follow me…”

They bounded up the hallway to the library and sat down at one of the computers. Hunter began to type furiously. “I hope this works.”

Soon, they were navigating the hallways, taking down each of Hunter’s campaign signs and replacing it with a new flyer.

A crowd began to gather, and a fourth grade girl read the flyer out loud.

“REWARD. Help us keep Greentown positive! Turn in a negative poster to Hunter’s campaign office and receive one MicroDollar.”

That afternoon, Hunter’s campaign headquarters was inundated with students turning in the anonymous ads. He made good on his promise, handing out a MicroDollar for each one.

“Thanks for cleaning up the hallways,” one girl said, shaking Hunter’s hand. “Those posters were so mean and I’m glad someone did something about it. You have my vote.”

Hunter’s teacher, Ms. Jacobs poked her head in the room. “Can we talk for a minute?” she asked in a serious tone.

Hunter’s smile faded as he braced himself for bad news. What if asking everyone to turn in the posters was against the rules? Would he be disqualified from the race?

“I saw some of the posters in the hallway yesterday, and I was planning to call a meeting with all the candidates to discuss them.”

“They were unfair and inappropriate. And even without the negative language, it’s against the rules to hang a poster on top of someone else’s. But I couldn’t believe it when I walked through the hallway this afternoon and saw your flyer, and then saw that all the posters were gone. I wanted to commend you on your creative solution to the problem.”

“I just wanted to put a stop to all the mudslinging,” Hunter said.

“Ah, you remembered my lesson,” Ms. Jacobs smiled. “Well, it looks like your plan worked – thanks for keeping Greentown clean!”