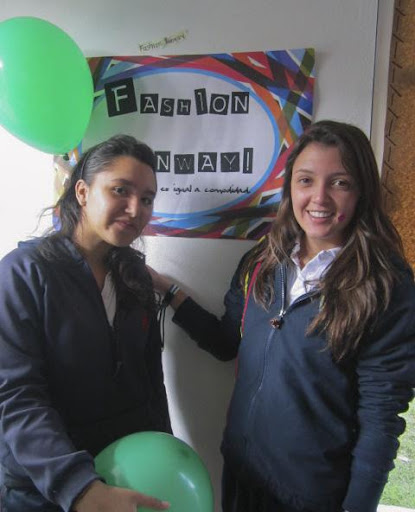 Ana Maria and Paula were millionaires. Make that multi-millionaires. Thanks to their co-owned venture, Fashion Runway, they held more Micros than anyone in their Pre-K through Grade 12MicroSociety. It was quite possible that they held more Micros than any citizen in any MicroSociety ever had. Which was enough to paint smug smiles on their faces. As their fellow citizens at Colegio San Juan del Camino scurried around campus making their way to Micro University courses, following either the entrepreneurial or employee track, the duo sat on a bench in the lobby. Static. Still. Satisfied. They had everything they needed.

Isabella, their Marketing Director, briskly walked right past them, notebook in hand. Clearly on her way to Employee Academy 201. Realizing it was Ana Maria and Paula seated, she stopped her quick pace and retreated. “Vamanos,” she gestured with her free hand. When she saw that her employers weren’t moving, she hissed, “You’re going to be late.” The blood soon rushed to her face as she realized that she was scolding her bosses.

Paula just shrugged. “No se preocupe!” Why worry about going to a course when she knew everything there was to know?  After verbally agreeing to provide a modest royalty in Micros for every uniform sold in American dollars, it was clear. She knew her stuff. There was nothing new that Entrepreneurial Academy could teach her.

“We could probably teach the course!” laughed Ana Maria, as she filed the jagged edge of her pinky nail. And thought about getting a manicure from the spa that was the newest addition to the Marketplace.

Maybe they could. But that came into question a few weeks later. When they didn’t receive their regular weekly royalties check from Sra. Bermudez. After conferring, the two decided she must’ve forgotten. Her job was busy after all. So they gave her a few days’ grace. Still no payment. Which warranted an appointment to be scheduled. “Es ridiculo,” griped Paula. “I KNOW that orders came in over the past few days. Andres Felipe was wearing one of our hoodies in the homeroom. He never had one before.”

However, in the sit down meeting, Sra. Bermudez’ explanation was simple and straightforward. “Lo siento mucho, señoritas,” she apologized, “But we never signed a written contract. That agreement worked last year, but not this one.”

The problems didn’t stop there. Even though they weren’t making a profit, they were still responsible for the uniforms and their distribution. They were still running a business. And a demanding one at that.

Every Monday, the manufacturer sent over boxes containing freshly sewn skirts, tops, sweaters, pants, and hoodies. Ana Maria and Paula were responsible for inspecting them thread by thread to make sure consumers were receiving quality merchandise. For the past three weeks, the task took so long that the girls arrived late for their PE class. Which resulted in deducted grade points.

On the night of Parent Night, so many clothing orders were received that it took until 8:30 to process them all. And many extra helpers.  None of whom were on payroll. Ana Maria and Paula had to leave at 7:00 to prepare for the next day’s exams.

Ana Maria and Paula were millionaires. Multi-millionaires. With millions of worries and multiproblemas on their hands.

Should they hire new employees?

Should they renegotiate a lower royalty fee?

Should they simply sell their design and develop a new business plan for Fashion Runways?

Should they sell their business altogether and be through?

As they say, more money, more problems. But a Micro millionaire doesn’t cave that easily!