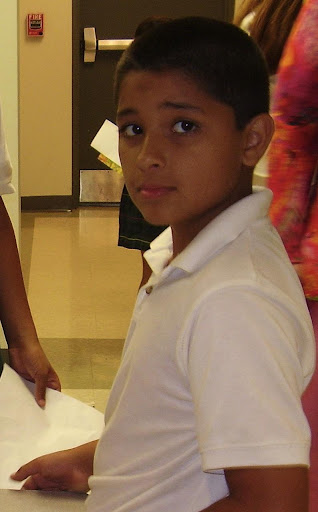 Oswaldo almost lowered his head as he passed by Aldo in the hall. But then he remembered. He was a CEO. That meant holding his head high, even in tough situations. He and Aldo used to hang together. Not quite as the best of amigos. But as gang mates in their El Paso barrio. Aldo still wore a red shirt. Still traded his grin for a grimace. Still threatened peers and adults alike with that stare. Oswaldo wore a white polo. He nodded with a quiet, “Hey bro” and a careful smile. But didn’t dare enter into their old handshake. That was from before. Before he ran his own business, Mousetrap Racers. Besides, his hands were full with file folders of receipts, pay roll records, and entries into the upcoming “Mousetrap Racer Rally.” He had tried to get Aldo to join him. As a partner. But, Aldo said business was stupid.

“Buenas dias, Ms. Lucero,” he sang out as he entered the room his business rented in their Texas MicroSociety. “You know I was thinking how lucky we are to have you as our facilitator. I think we may be the luckiest venture of all. I mean, you really listen to our ideas. And you don’t try to boss us around or nothing.”

“Or anything,” she corrected. Then added, “Thanks, Oswaldo. I appreciate it, but you better start your business meeting. I know your employees have a ton of questions about the rally and how it is going to run.”

“Eh, no worries,” he replied. “I’ll get to them in a minute. How was your day so far? Was your class good?”

“Oswaldo,” called Dariana from across the room. “I really need to know what we are going to do about the late entries into the rally.”

“Not now, Dariana. Can’t you see I am busy having a conversation?” Dariana rolled her eyes. He was always busy. Not with the right stuff.

So Yasmine, VP of Mousetrap Racers, sat the employees down and developed a schedule for the rally. She answered their questions. She listened to their worries. She guided them in planning. She wasn’t really the one in charge. But, because Oswaldo was busy trying to “get ahead,” she had no other choice than to step into the leader role.

By the time, Oswaldo made his way to Dariana, he was no longer needed. “Yasmine told me that racers who were late will have to wait until the next rally to sign up.”

When he approached Miguel to find out if he had developed advertising to get a crowd to watch the race, Miguel waved him away, “The posters are already hanging. Yasmine approved them.”

He felt unimportant. Insignificant. Why bother being good if he didn’t even matter? Maybe Aldo was the smart one.

“Why did you take my job?” he asked Yasmine in a huff.

“Because you weren’t doing your job,” she answered simply.

He had nothing to say. So he didn’t.

That night at dinner, Oswaldo told his father the story. “I’m the CEO. The big boss. But everyone goes to Yasmine now. She stole my job.”

“Yasmine?” asked his father, eyebrows raised, “A girl in charge?”

Oswaldo looked straight at his father. “Yes, papa. And she is a good leader. Far better than me.”

Oswaldo could leave gang life. Yasmine, a girl could lead. His father might change his thinking. And Oswaldo just might learn a lesson or two from his vice-president. Anything was possible. Tomorrow was another day.