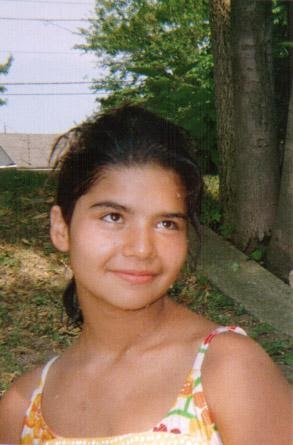 For the second time in a month, 5th grader Destiny was out of work.  And it wasn’t the recession. In fact the economy in Elizabeth Starr Entrepreneurial Academy’s MicroSociety was thriving. It wasn’t lack of opportunity either. The job posting website was chock full of open positions. It was Destiny’s mouth. She was a regular chatterbox.

“I don’t really understand why you are letting me go,” she had questioned Aprille, the manager of Bedazzled, the hottest jewelry shop in the Micro marketplace.

“It’s simple. You gossiped more than you beaded. In the past week only one necklace was made,” Destiny nodded her head. No denial. It was true. She liked conversation.

Aprille pointed out, “Maybe you need to find yourself a speaking role, one where you can talk to a lot to people. Production work just doesn’t seem to be your thing.“

“Maybe,” Destiny tossed the idea around in her mind. Office jobs aren’t for everyone. And it’s true, I do want to be heard… It was then, as if by fate, she found it. In the hallway. In the form of a campaign poster. “Government, the ultimate way to use my voice!” she declared. Aprille followed her stare. “You should go for secretary-treasurer. No one’s running for it. Yet.”

Besides the shine there was something about money that was appealing. And she was good with keeping records. She had taken accurate notes on all the crushes her best friend Stephanie had that year…

“You think I have what it takes?” Destiny questioned. Aprille nodded with certainty.

Losing her job at Bedazzled was a blessing. With her newly found free time, Destiny enrolled in Finance 101 at Micro University. She honed her slogan— I’m Your Destiny: Vote to Have Voice in Your School, and hung it on posters throughout the corridors. She practiced her speech in front of anyone and everyone who would listen.

The result. Victory. By a landslide.

Hearing the good news, Aprille rushed to congratulate her former employee. “Way to go, secretary-treasurer!”. Beaming, Destiny started recounting the whole election day to her.  She spoke as if it were her job. And… the glory of it… it was.