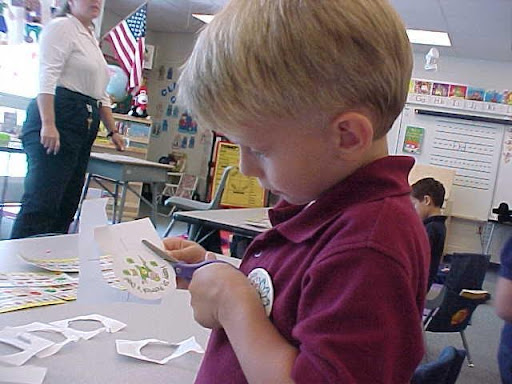 Cameron needed more employees, but no one wanted to work for him.  He

Sunday was Mother’s Day, and business was booming.  A huge batch of greeting

cards had to get out and Sweet Notes Greetings never missed a deadline. Cameron

made sure of that. He didn’t think of it as bossy, he just had a job to do and he wanted

to do it right at all costs.

“Ok, all applicants, line up for your interview. We gotta get moving!” His workers had

to be good at two things: cutting and pasting. Cameron had devised a cut and paste test

and gave it to each applicant.

Randell, a pint-sized power, approached him. “Here is my application!”

“So why do you want to work here?” Cameron asked, his patience wearing thin – again.

“I want my mommy to be proud of me,” the younger boy replied.

“That’s cute, kid,” said Cameron. “But I can’t hire you. You need to work on cutting ON

the line and following directions. And, dude, you use WAY too much paste! We would be

bankrupt if we had to pay for all of that!” Randell looked up at Cameron, teary-eyed.

own mother’s voice making him feel guilty, but this time Cameron did something he’d

“Hey bud,” he asked placing his hand on Randell’s shoulder, “how about you help pack

“And listen. Work on cutting and using less paste, and then you can apply to do that job

Maybe he didn’t have to be so bossy after all to get the job done.