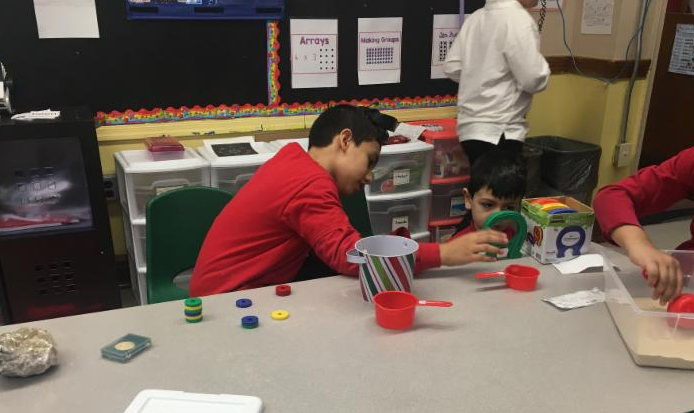 “I’m not hiring him,” Zoe said firmly, crossing her arms.

“Well, for one, he’s been to the Principal’s office, like, a million times this year. Or so I’ve heard.”

“Yeah, he seems like trouble,” Manny interjected in agreement. “And the last thing we need at Global S.T.E.M. is trouble!”

Manny and Zoe were the venture’s managers, and they had good reason to be skeptical of Christian as they shuffled through the pile of job applications.

The truth was, he had been to the Principal’s office six times that year-which seemed like a small number in comparison to the “million” Zoe had exaggerated about, but it was five times too many for the managers of Global S.T.E.M.; besides, they had plenty of qualified applicants who hadn’t had behavioral problems, Manny pointed out.

“I think you should at least give him a chance to explain himself,” Mrs. Barnes said. “Kids like Christian could really benefit from your great leadership.”

“Maybe,” Zoe said, unfurrowing her brow momentarily. “We’ll see what he has to say.”
———–
The behavior of the student sitting across the interview table was surprising, to say the least. Admittedly, Zoe had gone into the conversation expecting Christian to be uninterested in the business, but it was the exact opposite. In fact, she was captivated by how passionate he seemed.

“I’ve always loved math and science,” he explained. “My uncle is an engineer, and sometimes we work on projects together. Last summer, we built a rocket from one of those kits, and it was missing two parts, and we had to come up with a creative solution. Seeing it lift off was so satisfying – we actually made it work!”

“What could you add to the business?” Manny questioned.

“I think everyone is just really curious – even people who think they hate science or math. They really don’t, they just haven’t been exposed to the right things yet. There’s so much we can do to bring in curious people.”

“Do you work well with others?” Zoe asked, knowing it may be a sore spot.

“OK, I haven’t… always worked well with others,” Christian admitted. “But I think I’d really like working on a team where everyone is into the same things.”

“OK, you were right,” Zoe said to Mrs. Barnes the next day. “I think he’s worth taking a chance on.”

It only took a few weeks for the new employee to make a big splash.

“How about we create a station where people can explore different things at their own pace, or however they want to do it?”

Thus, the exploratory station was born – with students digging in to uncover fossils, inspecting internal computer parts with curious eyes, and creating their own experimental slime. It turned out Christian had all kinds of ideas just waiting to be used.

“There are literally people standing in line, Christian,” Manny said incredulously as he surveyed the students lined up to participate in Global S.T.E.M.’s current experiments. “You’ve really inspired everyone!”

Christian smiled. “I told you people were curious.”

“You know,” Manny paused for a moment. “Maybe you should run for Mayor.”

“The election is coming up. And you’re full of great ideas,” he explained.

“But me…. Mayor?” Christian said nervously.

“It’s not that far-fetched, Christian,” Zoe said, walking up to her star employee.

“Hmm,” Christian said. “I guess I could think about it.”